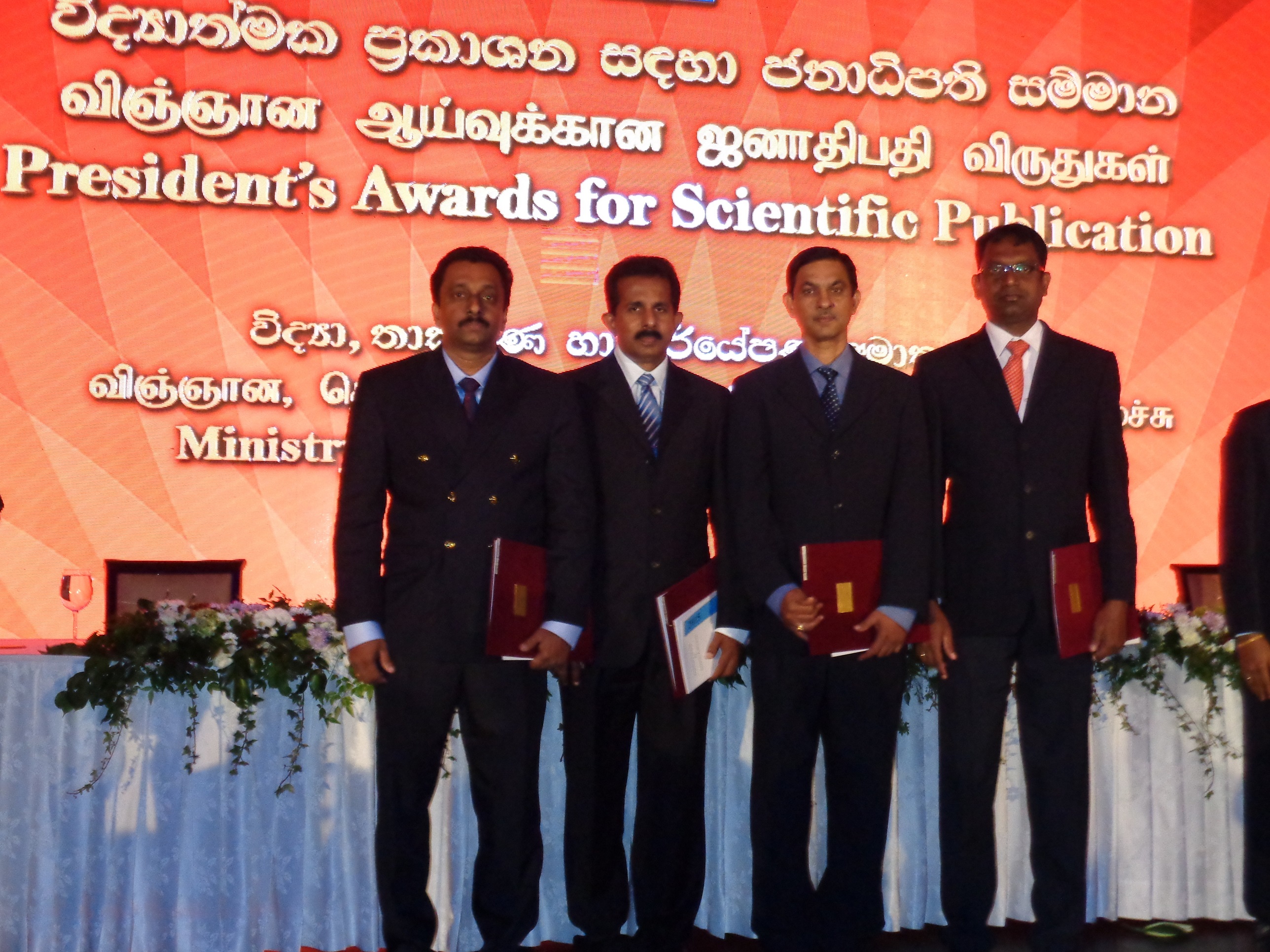 Four academics from Faculty of Science, Eastern University received President’s Awards for Scientific Publication at a ceremony held on 6th November 2017 at Taj Samudra, Colombo. The awarding scheme was started in 2001 to recognise Sri Lankan scientists whose research reached international standards, and to provide an incentive to increase national scientific productivity. This year, 294 Sri Lankan scientists with a Sri Lankan Institutional affiliation received awards for their research papers published in 2015 in journals listed in the Science Citation Index (SCI).